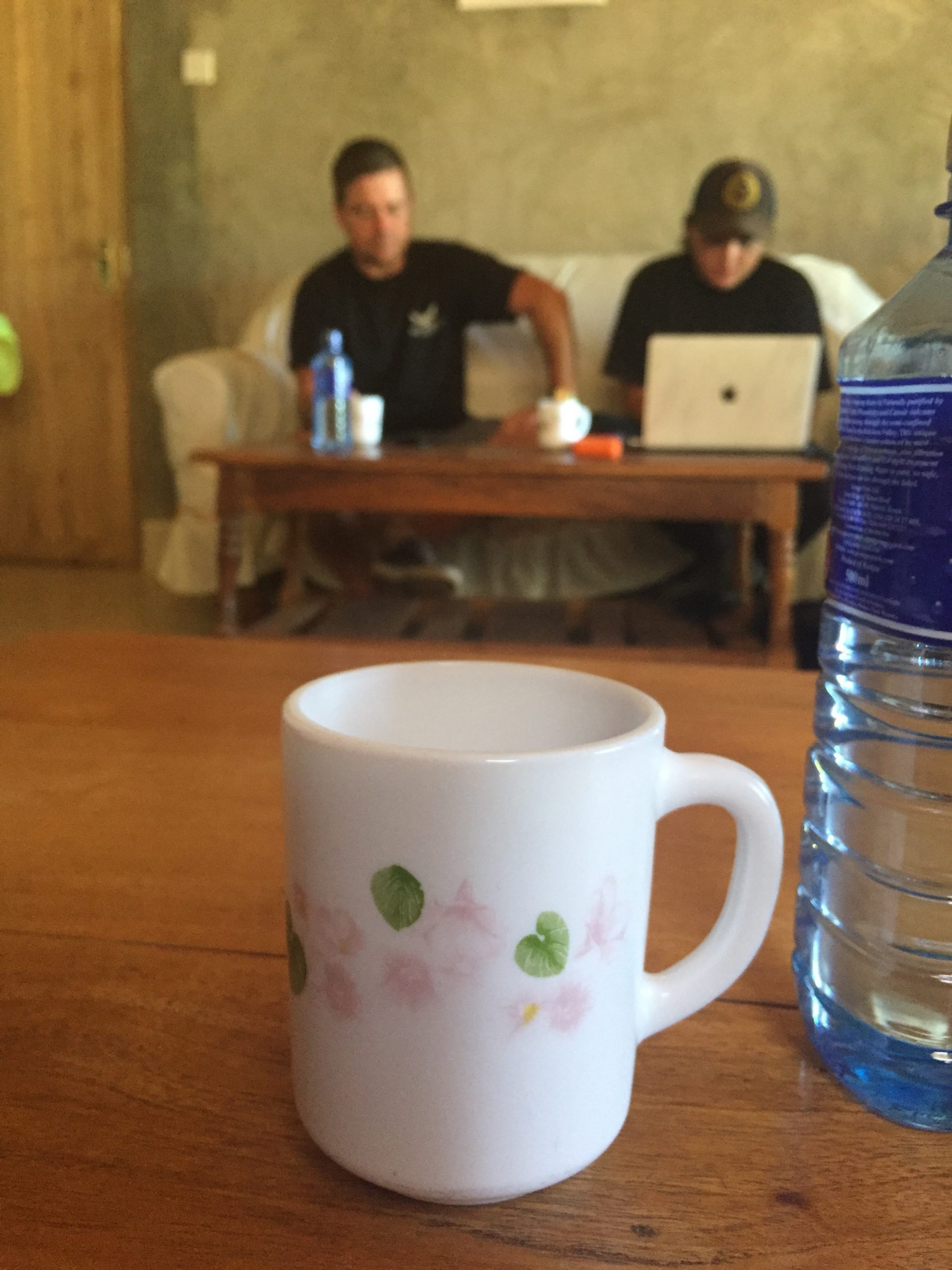 At Paddy and Scott’s we’ve always understood the social power of coffee to bring people together. In fact, one of the first blends we ever developed was rich, chocolatey and indulgent. we called it ‘Great with Friends.’ Years later, and with a few bag re-designs; the coffee is the same but now called ‘Chit Chat.’ It’s for whiling away an afternoon or evening with your favourite people. It’s our most popular retail coffee and it’s the pinnacle of sociable coffees….Or so we thought…

The coffee pictured here doesn’t look like anything special. In actual fact this vintage, kitsch little mug contains a life-changing cup of coffee. This little mug has brought strangers together from across continents. It’s not just a coffee to drink with your mates; it’s a coffee which has built the very best of friendships. I don’t think it’s over-stating it at all to say it’s the most important cup of coffee I’ve ever drunk.

Back in 2015 when Paddy and I were looking for a coffee farm to strike up a direct trade deal with; we had no idea of the journey we were about to embark upon. We knew we wanted to work closer with our green coffee supplier and cut out some of the middle men we had to deal with. We wanted to create an agreement which worked for everyone and, more than anything, we wanted to know the names of the people growing our coffee.

Enter George Muchomba: An experienced coffee farmer from Meru, Kenya. He’s a proud family man with generations of coffee-growing knowledge behind him. We toured his farm, met the family and shook hands on a 10 year partnership.

In order to cut out the middle-men we have had to build George his very own coffee processing equipment on his farm. So alien was this in Kenya that there were no plans to work from – coffee processing has never been done this small-scale before. Yet this is how we ensure the quality of the coffee; this is how we can be sure to trade just with George and offer him a good price for his harvest.

Fast-forward to two years after the partnership was formed; with the new coffee processing works outside, with his trees yielding more coffee than ever before due to the agronomists we hired, after we invested in the local primary school and installed running water, windows, toilet blocks and a new roof for the community’s children; George and I sat down for coffee in his living room.

His son Isaac prepared a cafetière of the farm’s coffee. George proudly set it down in front of me, in its little kitsch mug, knowing that it was the best coffee his farm had ever produced.

After two years of friendship, meeting each other’s’ families and visiting as often as we could; it was a momentous thing to just sit, relaxing together, welcomed into their home once again. We chatted, joked and laughed the afternoon away together. We drank the coffee which grew on trees just outside the window and reflected on the journey we had been on together.

Damn, what a beautiful thing to drink in…The most important cup of coffee with friends.